The Five Worst Predictions in History

Prophecy is a tricky business, but it hasn’t stopped many of the world’s greatest leaders, scientists and thinkers from trying to predict the future. Needless to say, they don’t always get it right, as the five worst predictions in history make abundantly clear! 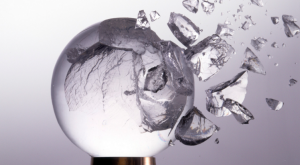 The economist John Maynard Keynes had a particularly rosy view of the world’s economic future. In 1930 he wrote an essay on the future of labour, called the ‘Economic Possibilities for our grandchildren‘. In it, he predicted that thanks to a startling increase in wealth prosperity, workers in industrialised countries would only need to work three hour shifts, five times a week.

Keynes argued that as technology evolved, it would become easier to manufacture goods and deliver services, reducing the necessity for a 40-hour working week. Unfortunately however, while total wealth has increased since 1930, the time spent at work has remained largely the same at more than 40 hours a week.

Irving Fisher was one of the most well-known and respected economists of the early 20th century. Celebrated economist Milton Friedman even called him the “greatest economist” the US had ever seen. Yet, three days before 29 October 1929 – the infamous Black Tuesday – Fisher uttered the words that would destroy his reputation: “Stock prices have reached what looks like a permanently high plateau.”

Only a few weeks later, the stock market experienced a catastrophic crash. Thousands of investors—including Fisher—lost their fortunes in the ensuing hysteria. 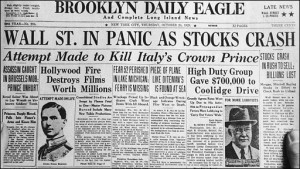 3. William Orton and the telephone

In 1876 William Orton, the president of Western Union, was offered the opportunity to buy a patent for a new invention from no other than Alexander Graham Bell. The invention? Just a little thing called the telephone.

Orton famously turned down Bell’s offer, fearing “this ‘telephone’ has too many shortcomings to be seriously considered as a means of communication”. However, his dismissal of this revolutionary technology might not seem as stupid as it first seems. In fact, Orton was likely trying to downplay the importance of Bell’s design, rather than the concept of the telephone. How do we know? Because only a year later Orton had started another company – American Speaking Telephone – to develop his own version of the device.

On 3 July 1776, John Adams wrote to his wife, Abigail Adams. The day before the Continental Congress had voted to separate from Britain – an event so momentous that Adams predicted future generations would celebrate it with “games, sports, guns, bells, bonfires and illuminations”.

He wrote: “The Second Day of July 1776, will be the most memorable Epocha, in the History of America… I am apt to believe that it will be celebrated, by succeeding generations, as the great anniversary festival.”

Adams was certainly right about Independence Day becoming a major American holiday, even though he got the date wrong by two days. Although it was not until the 4 July that the Continental Congress finalised and dated the Declaration of Independence, Adams was adamant that the nation would come to accept 2 July as the more momentous occasion. In the end however, it was the death of both James Adams and Thomas Jefferson on 4 July 1826 that set the date in stone. 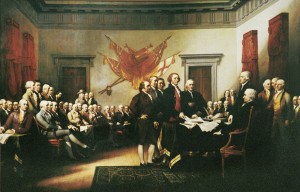 In 1812, Oliver Evans, an American engineer and inventor, published his vision of what steam railways could become, with cities and towns linked by a network of long distance railways plied by speedy locomotives. However, the idea of such a fast-moving vehicle seemed implausible to many.

Even Dr Dionysus Lardner, a well-respected professor at University College London, balked at the idea of high-speed travel, claiming “rail travel at high speed is not possible because passengers, unable to breathe, would die of asphyxia.”

Dr Lardner was not alone in his criticism, with scientists at Bavaria’s Royal College of Doctors also fearing that the rapid movement of trains would cause brain damage among passengers and vertigo among those that looked at the moving trains.