The Five Most Ludicrous Laws in History

Whether it’s a pregnant woman’s right to pee in a policeman’s hat or being allowed to kill a Scotsman in York on a Sunday, most people have heard of at least one crazy law that is still claimed to exist from the depths of history. However, while most of these are the stuff of urban legend – including the policeman’s hat one, unfortunately – history is full of real weird and wonderful laws that seemed like a good idea at the time.

So here at History Learning we’ve hunted through the statute books to find the five most ludicrous laws in history. 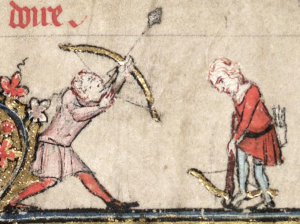 1. A welshman found in Chester after midnight can be decapitated

There are countless supposed laws involving an englishman, his neighbours in Scotland and Wales… and a bow and arrow. However, many of them have been debunked, including the one that says it’s legal to shoot a welshman with a bow and arrow inside the city walls of Chester.

Still, there is some truth to the tales. On 4 September 1403, Henry Prince of Wales (the future Henry V) did order that any Welsh people and Welsh sympathisers who entered Chester before sunrise and after sunset should be decapitated.

Even considering the gory standards of medieval law and order, this law seems a little bit extreme. But luckily for any Welshman who finds himself on Cheshire soil after dark, it was repealed shortly after the rebellion.

2. Whales are the property of the monarch

It might be widely known that swans are the property of the Queen, but what about whales? And sturgeons for that matter? These ‘royal fish’ were considered to be of such great quality that they were uniquely suited for the monarch’s use.

As a result, Edward II enacted a statute in 1322 demanding that any whales or sturgeons caught off the coast of England should be brought to the monarch immediately. After all, magnificent animals such peacocks, swans, seals and whales were commonly eaten during banquets in the Middle Ages.

Amazingly, this law has never been repealed – something worth bearing in mind when you land your next whale. 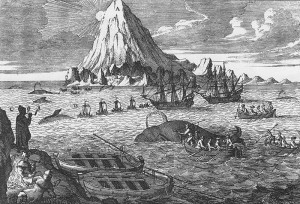 3. Whistling for a London taxi is illegal

Many of history’s weirdest laws emerge during wartime as governments rush to drill patriotism and common sense into those left on the home front. When World War One erupted on 4 August 1914, the British government passed The Defence of the Realm Act (DORA) to help with the war effort. One of the stranger rules passed was a ban on whistling for London taxis, in case they were mistaken for an air raid siren.

4. All hackney carriages must carry a bale of hay

Until 1976, all London hackney carriages (i.e. black cabs) were required to carry “a bale of hay and a sack of oats for the horse”, even though the traditional horse-pulled carriages were long gone. Councils even had to supply a ‘water trough at all hackney taxi ranks’. When carriages were replaced by cars, the stricture to have “sufficient foodstuffs for the horse” was interpreted as having enough diesel and petrol. 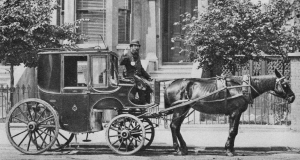 5. It is illegal to wear armour to Parliament

Any politician thinking of donning a suit of armour during their next trip to Parliament may well be in for a rude awakening (yes, we’re looking at you Boris Johnson).

In 1313, Edward II enacted the Coming Armed to Parliament Act – a statute that forbid anybody from wearing armour in Parliament in a bid to make politics more peaceful.

The law was no doubt also motivated by the fact that anybody who dies in Parliament, which is officially a Royal palace, is entitled to an expensive state funeral.

Also read:
The Three Most Important Archaeological Finds of 2015
Weird Cures For The Black Death